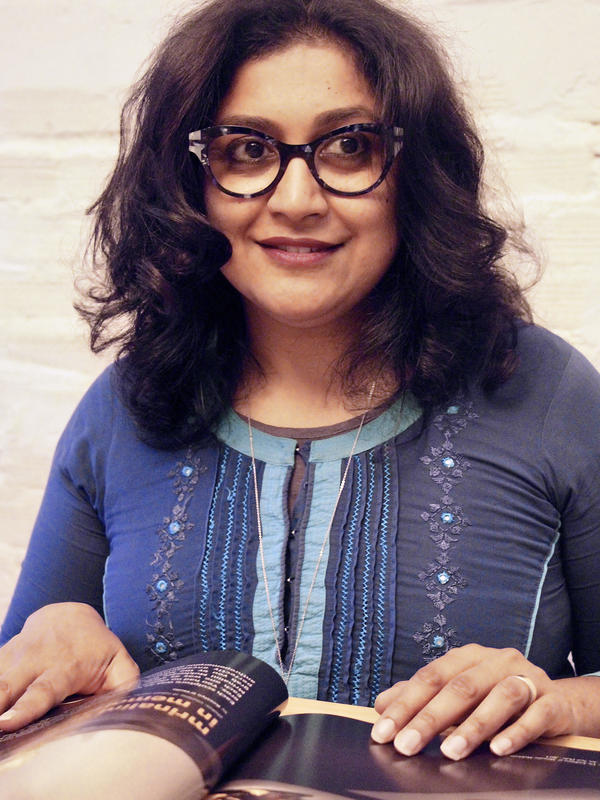 Anooradha Iyer Siddiqi (she/her) was born in Chennai, India, and specializes in histories of architecture, modernity, and migration, centering African and South Asian questions of historicity and archives, heritage politics, and feminist and colonial practices.  Her scholarship aims to foreground histories of marginalized people and figures and promote practices of collaboration and support, especially concerning the lives and narratives of communities that have been systematically excluded or silenced. Thinking through objects, buildings, and landscapes, her work examines intellectual histories and diverse forms of esthetic practice and cultural production.

Professor Siddiqi's book manuscript Architecture of Migration: The Dadaab Refugee Camps and Humanitarian Settlement (Duke University Press, forthcoming) analyzes the history, visual rhetoric, and spatial politics of the Dadaab refugee camps in Northeastern Kenya, as an epistemological vantage point in the African and Islamic worlds. Drawing from many years of archival, ethnographic, and visual research in East Africa, South Asia, and Europe, it moves beyond ahistorical representations of camps and their inhabitants, finding long migratory and colonial traditions in the architecture, spatial practices, material culture, and iconography of refugees and humanitarians. Her book manuscript Minnette de Silva and a Modern Architecture of the Past engages the intellectual and heritage work of one of the first women in the world to establish a professional architectural practice and an important cultural figure in the history of Ceylon/Sri Lanka. These two projects inform Professor Siddiqi's wider body of research on histories of architecture, craft, settlement, and land, experiences of migration and territorial partition, and constructions of the past through architectural practice, pedagogy, and discourse on the African continent and South Asian subcontinent. Her writings appear in Journal of the Society of Architectural Historians, The Journal of Architecture, Comparative Studies of South Asia, Africa, and the Middle East, South Asia Chronicle, Humanity, Grey Room, Ardeth, e-flux Architecture, The Funambulist, Perspecta, Harvard Design Magazine, Platform, and The Avery Review. She is the co-editor of the multi-platform collection Feminist Architectural Histories of Migration (Architecture Beyond Europe, Canadian Center for Architecture, Aggregate) and Spatial Violence (Architectural Theory Review, republished by Routledge). She is a contributor to the volumes Writing Architectural History: Evidence and Narrative in the Twenty-First Century (University of Pittsburgh Press), Architecture and the Housing Question (Routledge), and Things Don't Really Exist Until You Give Them A Name: Unpacking Urban Heritage (Mkuki na Nyota).

Professor Siddiqi holds a Ph.D. in the History of Art and Archaeology and a Master of Architecture degree and professional license. She was awarded the Barnard Presidential Research Award, grants from the Columbia University Center for the Study of Social Difference and the Graham Foundation for Advanced Studies in the Fine Arts, and fellowships from the Harvard University Mahindra Humanities Center, the New York University Provost and Gallatin School, the Fulbright-Nehru Scholar Program, the Social Science Research Council, and the American Institute of Indian Studies. Her professional background includes ten years of architectural practice in Bangalore, Philadelphia, and New York, and work for the Robin Hood Foundation, the United Nations Foundation, the Coalition for Adolescent Girls, and the Women’s Refugee Commission. She wrote The L!brary Book (Princeton Architectural Press), with support from the National Endowment for the Arts, on the arts and architecture initiative to transform public school libraries throughout New York City.

Professor Siddiqi is affiliated with the Barnard College Department of Art History and the Columbia University Institute of Comparative Literature and Society, Institute of African Studies, South Asia Institute, and Graduate School of Architecture, Planning, and Preservation. She directs the Columbia University Center for the Study of Social Difference working group, Insurgent Domesticities,  co-chairs the Columbia University Seminar Studies in Contemporary Africa with Professor Robyn D’Avignon, and teaches the course “Colonial Practices” in conjunction with the GoDown Arts Centre in Nairobi. Professor Siddiqi is the convenor and faculty advisor of the web/podcast series, Building Solidarities: Racial Justice in the Built Environment. She serves on the Society of Architectural Historians Board and IDEAS Committee, and organized the SAH Connects series, Caregiving as Method.

My institutional position is indebted. I am mindful of the elders, relatives, and children of Lenapehoking, whose unceded land this campus occupies and who have been stewards of this land; the displaced peoples and citizens of many Indigenous nations for whom New York has been home; Black and Brown people whose enslavement is written into the wealth of this institution; past and present Harlem neighbors to whose labor and disenfranchisement this campus owes a debt; essential workers who make academic work possible; migrants whose dispossession and sacrifices have ensured the prosperity of this institution, especially those impacted by United States imperial interests, who arrive here to participate in its economy or flee homes targeted by its military; those lost in a pandemic due to colonial practices that we have allowed to persist, and those who remain at risk due to inhumane economies, carceral and security states, and racist, sexist, and casteist policies that we must actively refuse.

Spring 2021. Modern Architecture in the World. How has architecture been “modern”? This course introduces students to objects, practices, figures, and ideas behind this contentious and contradictory concept, emerging across asymmetries and disparate worlds during the past two centuries.

Spring 2021. Histories of Architecture and Feminism. Working in the Barnard College archives and in dialogue with scholars building feminist and architectural historiographical intersections, this course engages in a process of experiential learning to ask how histories of architecture and feminism are narrated and shaped.

Fall 2020. Colonial Practices. In this bridge seminar, we will read together and consider colonial practices through architectures, institutions, infrastructures, and territories. We will examine radical work by artists and architects, scholarship on architecture, space, and territory, and literature in black and brown consciousness, feminist, Indigenous, and anticolonial and decolonial theory. In collaboration with the GoDown Arts Centre in Nairobi, we will work to develop and theorize a critical heritage practice.

Spring 2020. Modern Architecture in the World. See above.

Fall 2019. Histories of Architecture and Feminism. See above.

Fall 2019. Modern Architecture of South Asia. Taking a broad approach to architectural history, this course examines built environments, spatial practices, institutions, figures, discourses, and schools of the South Asian subcontinent and its diasporas in the 19th and 20th centuries.

Spring 2019. Modern Architecture in the World. See above.

Fall 2018. Histories of Architecture and Feminism. See above.

"Architecture as a Form of Knowledge." Curating for Culture, "Curating Archives: a series of creative possibilities," 2020.

“‘I ask the indulgence of my readers...’: Minnette de Silva and the practice of history writing.” Canadian Centre for Architecture, 2019.

“‘Whenever in Need, They Would Go To Each Other’: Sri Lankan Narrations and Architectural Schemes by Minnette De Silva.” Harvard University Mittal South Asia Institute, 2019.

“Decoloniality in the Camp and the University.” Max Planck Institute for the Study of Religious and Ethnic Diversity, Keynote Lecture, Inside Out - Outside In: Shifting Architectures of Refugee Inhabitation symposium, 2019.

"Architecture as a Form of Knowledge." Comparative Studies of South Asia, Africa, and the Middle East 40.3 (2020).

“On Humanitarian Architecture: A Story of a Border.” In Contemporary Refugee Timespaces dossier, edited by Angela Naimou, Humanity 8.3 (Winter 2017).

“Traversals: In and Out of the Dadaab Refugee Camps,” with Alishine Osman. In “Urban Divides,” edited by Meghan McAllister and Mahdi Sabbagh, Perspecta 50, Yale Architectural Journal (September 2017), 173-191.

Professor Anooradha Siddiqi Named to Society of Architectural Historians Board

Read about the new accomplishments of Barnard scholars.