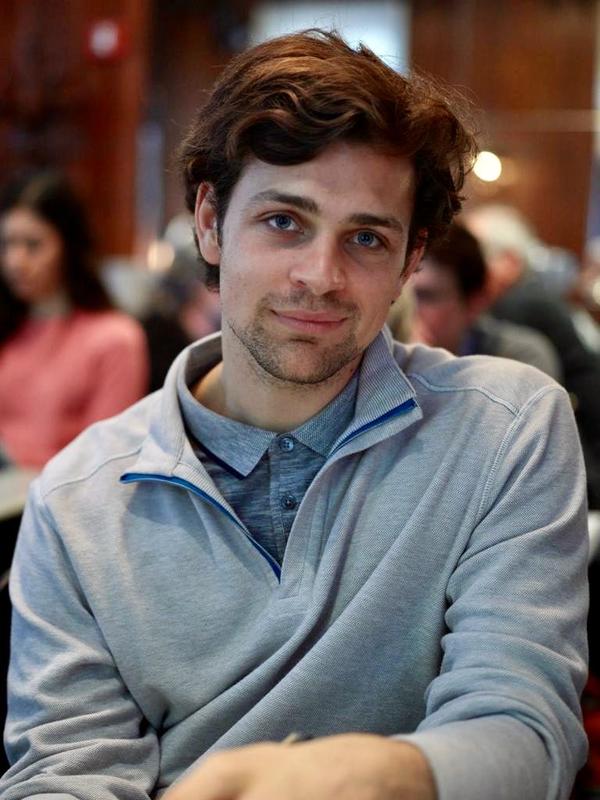 Julian Harake is an architectural designer, artist, and educator.

His interests bridge architecture, structural engineering, and perceptual psychology to merge high and low technologies, including slip cast ceramics, printmaking, digital physics simulations, and 3-D printing. His work has been exhibited in various galleries in New York, and he has taught at Princeton University, UC Berkeley, the New Jersey Institute of Technology, and Parsons School of Design. His essays and criticism have been featured in Dispatches Magazine, the New York Review of Architecture, Pidgin, and See/Saw, alongside several published books.

In 2020, Julian managed the design and installation of Geoscope 2 with Reiser+Umemoto, RUR Architecture, which was exhibited in the Central Pavilion at the 2021 Venice Biennale of Architecture. He also led the curation and design of two exhibitions with RUR: Lyrical Urbanism: The Taipei Music Center at Cooper Union’s School of Architecture (2022) and Building Beyond Place at ETAY Gallery / TAAC Tribeca (2019). As an architectural designer previously with Guy Nordenson and Associates, he contributed to Day’s End by David Hammons with the Whitney Museum of American Art, The Frick Collection Renovation and Expansion by Selldorf Architects, the Studio Museum in Harlem by Adjaye Associates, and the Institute for Advanced Study’s Rubenstein Commons by Steven Holl Architects.

Julian received his M.Arch from Princeton University in 2016, where he was awarded the Suzanne Kolarik Underwood Prize. He previously earned his B.A. from the University of California at Berkeley.