Joy Mboya, Barnard’s spring 2020 Visiting Gildersleeve Professor, is a performer, cultural activist, and the founding executive director of the GoDown Arts Centre, in Nairobi, Kenya, the country’s leading nonprofit multidisciplinary arts center and the first established after Kenya’s independence in 1963. An arts advocate who trained as an architect before she pursued music and theater, Mboya flipped her space-making skill on its head to reconsider the notion of place, space, and identity, within the context of a city, when she and her team opened the GoDown in 2003 as a home for artistic experimentation and creative collaboration.

“One of the things that we try to do through the space is to help individuals and communities find, define, and express themselves in the fullness of everything they experience,” said Mboya, “whether they’re expressing themselves because they are disenchanted about something, because they want to be present with their voices and stamp their identities at that particular time, because they are part of a community, a city, a nation, or the bigger global space. It’s working at negotiating the relationship between individuals, community, institutions, and the globe. We do it through culture, and we do it with artists.”

This spring 2020, Mboya will be busy on campus — March 23 through April 3 — collaborating across the departments of Architecture, Art History, and Africana Studies. She is teaching a seminar titled Decolonizing Curatorial Practice, which overlaps with the course Colonial Practices, taught by Anooradha Iyer Siddiqi, assistant professor in the departments of Architecture and Art History and co-chair, with Abosede George, associate professor of history and Africana studies, of Columbia University’s Seminar on Studies in Contemporary Africa, at which Joy Mboya presented in fall 2019.

“The GoDown Arts Centre has made radical interventions, not only in the arts and the creative economy in Eastern Africa but in peacebuilding at various scales,” said Siddiqi. “Much of this is due to the energy and vision of its director. In Nairobi, Joy Mboya is known as an institution. She is one of the feminist leaders in the world who I believe we should all think with, work with, and take a cue from.”

“Joy and the work she’s done for Nairobi’s GoDown Arts Centre are living proof of the value and the positive impact a true, honest-to-goodness community space can have across all intersections of sex, race, class, and creed,” said Gregory Bryda, assistant professor of art history. “Through her lessons of commitment, compromise, and inveterate patience, Joy is uniquely suited to teach students not just the theory behind but also the actual building blocks and boots-on-the-ground efforts that facilitate community engagement — and she’ll do it with her unparalleled passion and optimism.”

On March 25, 2020, Mboya will give a talk titled “Making a Home for Art in East Africa: Participatory & Sustainable Design Approaches for the New GoDown Arts Complex in Nairobi, Kenya.” Mboya will share the methodologies her center has employed over the 17 years of its existence, as well as its successes and challenges.

Part of her talk will explain how performance can be a form of truth-sharing. “You’re not just in reflection or in meditation; you are actually in action,” Mboya said of performance art. “That moment of doing and connecting right away is, I think, a very important aspect of being alive.

Joy Mboya is a performer, cultural activist, and the founding executive director of the GoDown Arts Centre. Educated as an architect, she has led the center’s development as a site for artistic experimentation, cross-sector partnerships, and creative collaboration. An outspoken advocate for artists, she has spearheaded ambitious programs, including Kenya Burning (2008) and the annual Nairobi-wide festival Nai Ni Who. Mboya has served on the governing council of the Kenya Cultural Centre (which oversees the Kenya National Theatre), she was a member of the Steering Committee for the Arterial Network, a pan-African consortium for the cultural sector, and she is currently a trustee of Gaara Dance Foundation. Her work has been recognized with several awards: the Head of State Commendation medal (2009) for her contributions to the development of Kenya’s creative economy and the Order of the Golden Warrior (2013) for her contribution to the development of the Kenya cultural sector. Joy is a graduate in architecture from Princeton University. 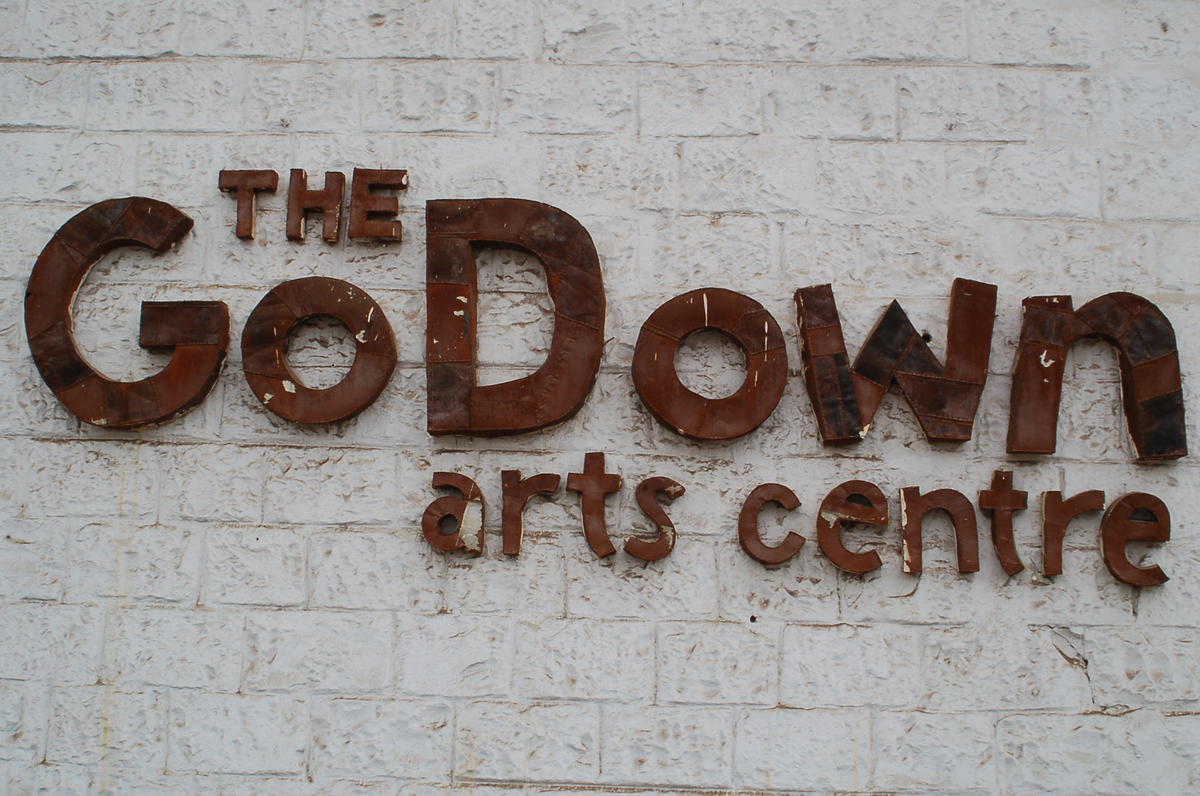 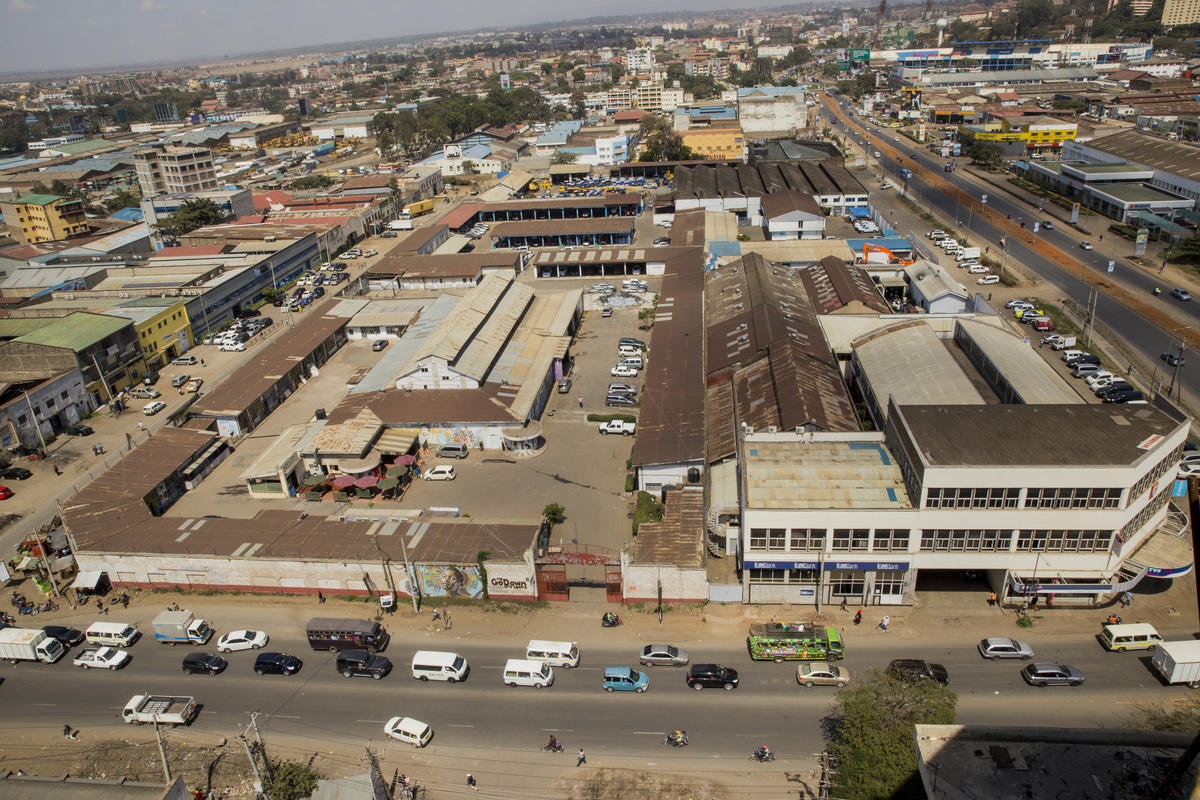 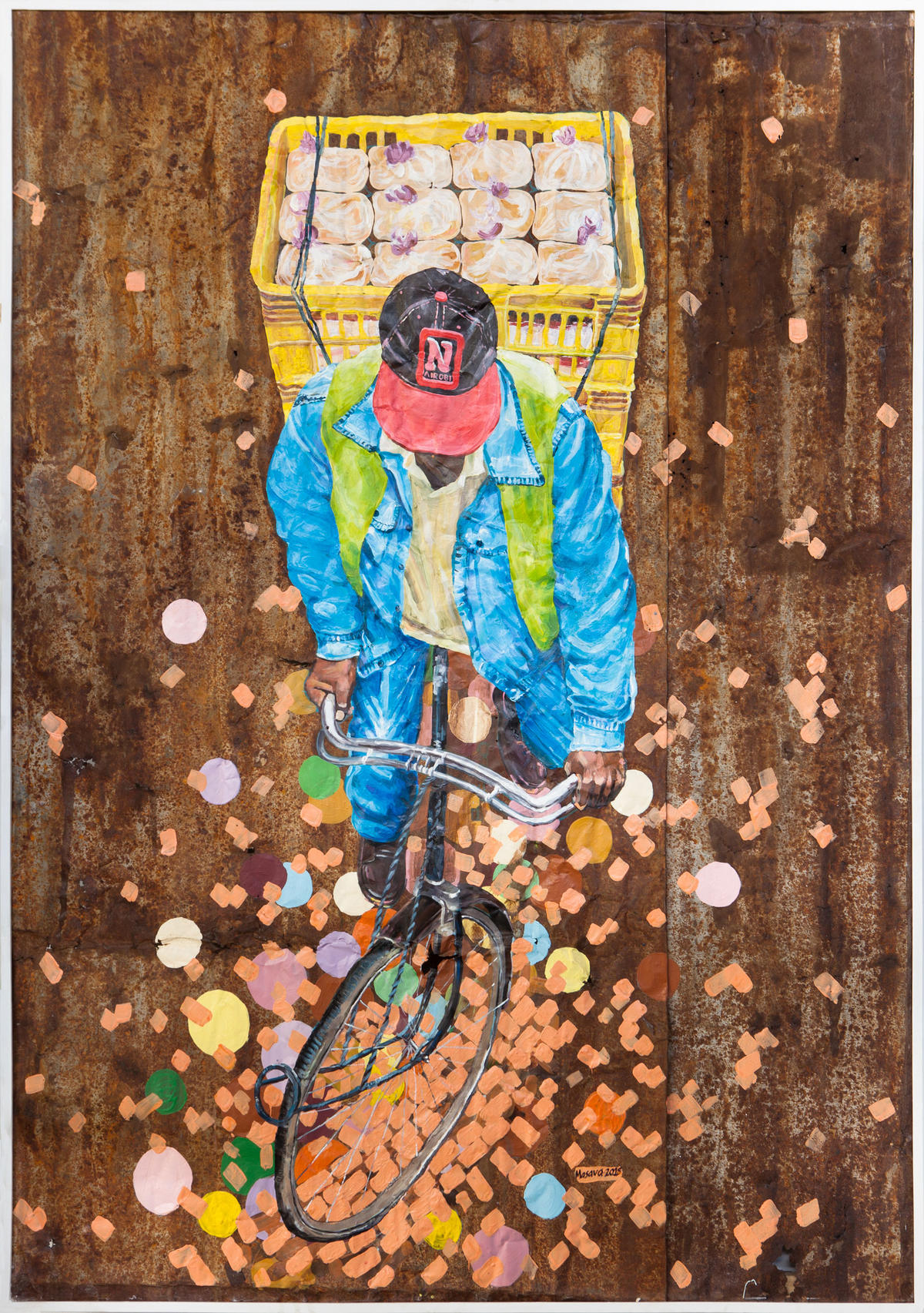 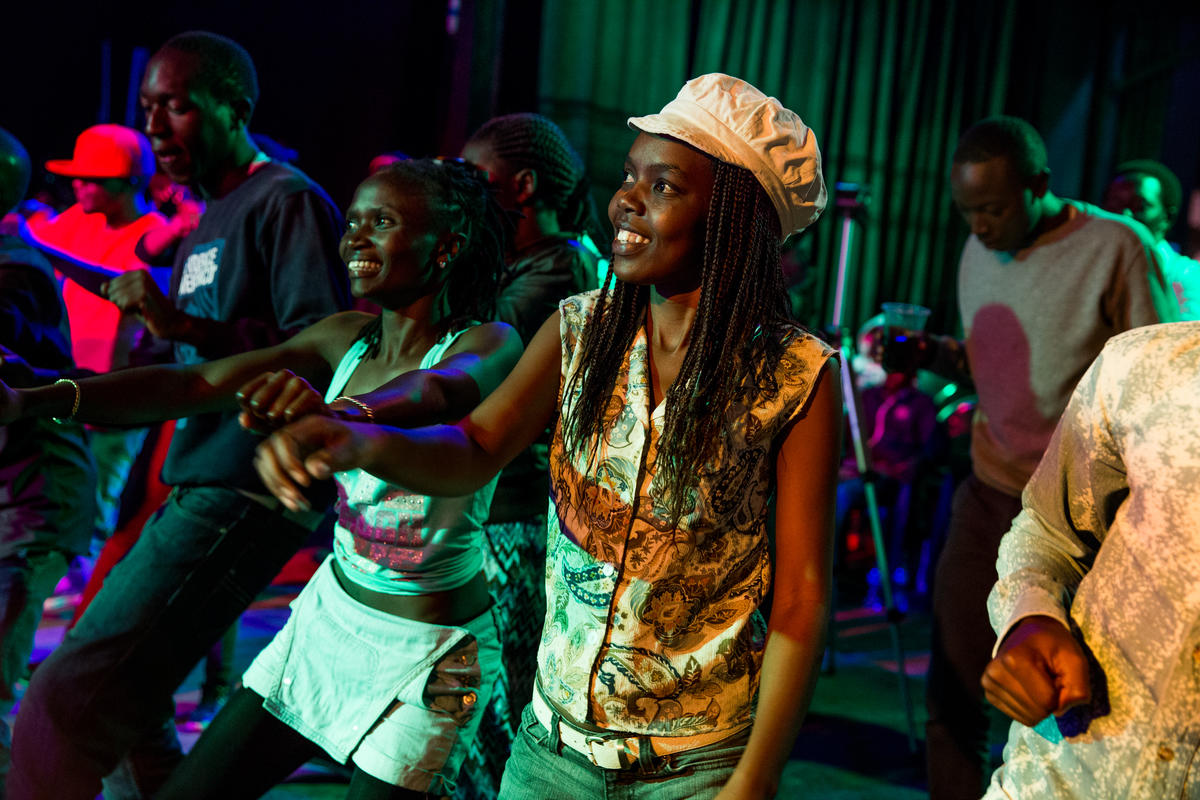 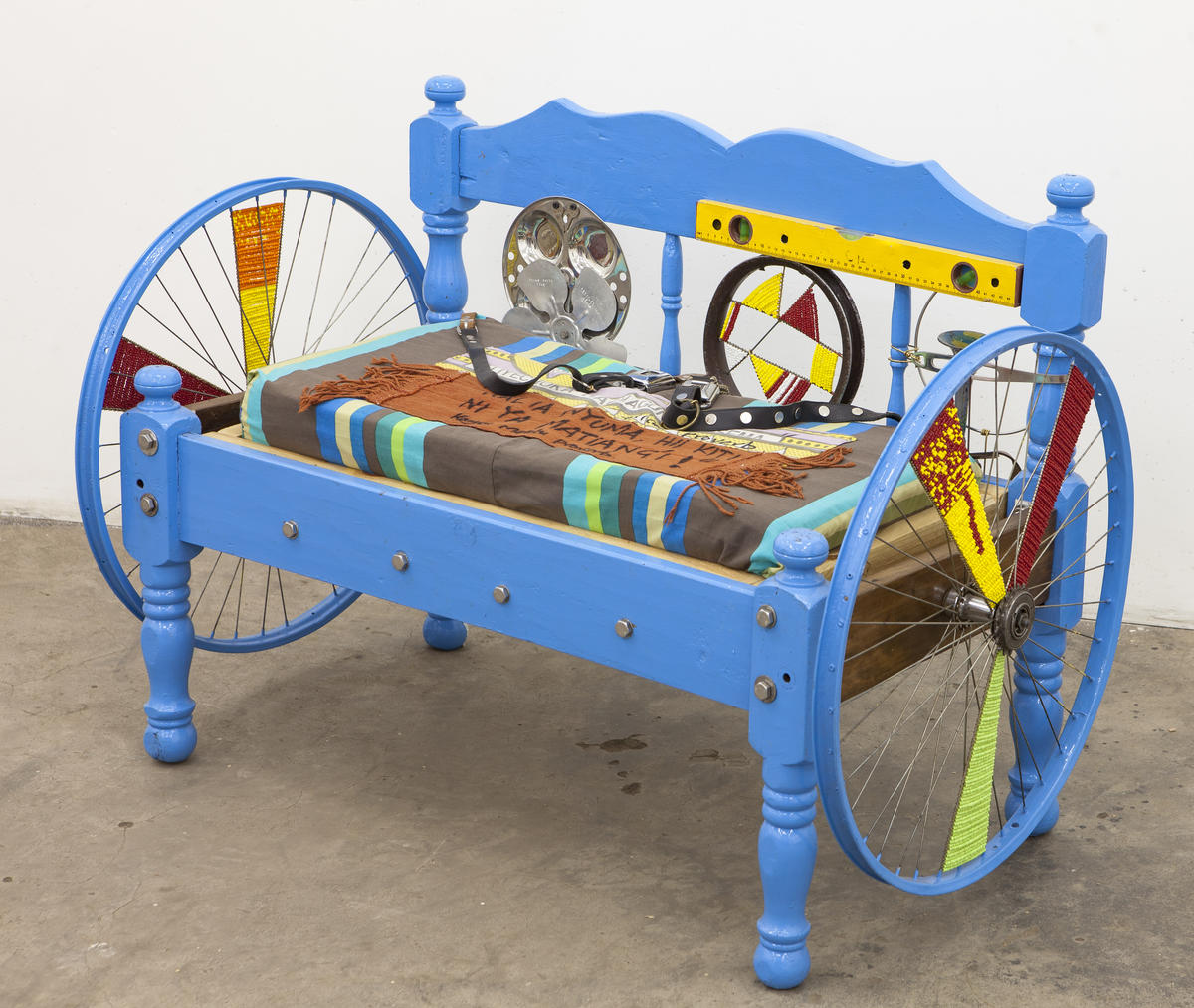 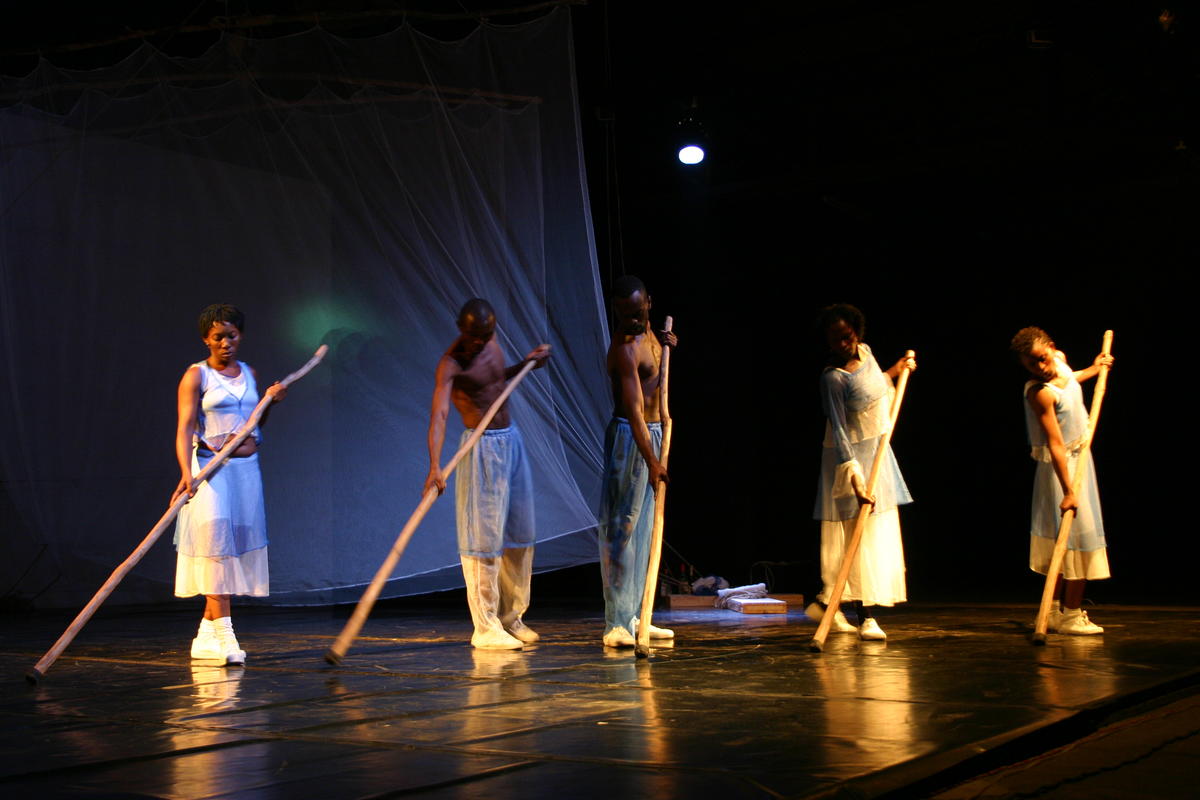 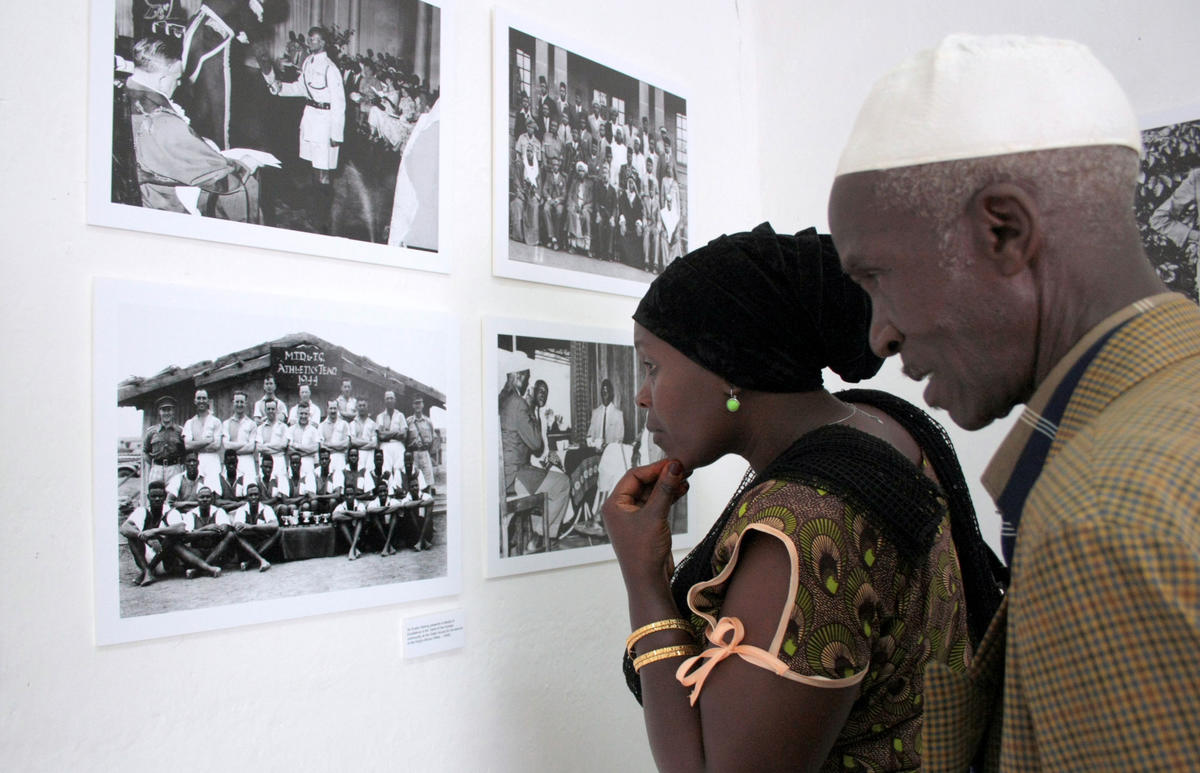 Courtesy of The GoDown.

Dunda Mtaani. Courtesy of The GoDown.

Then & Now exhibition. Courtesy of The GoDown.