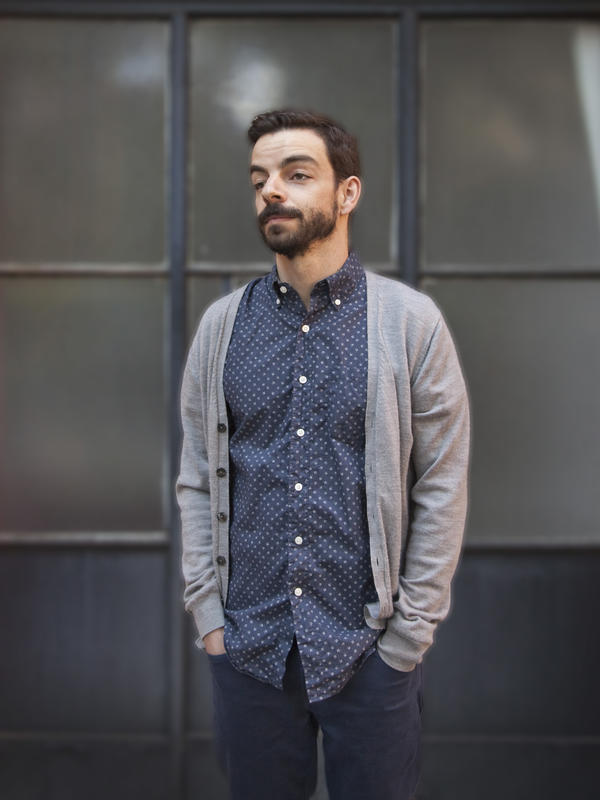 503B The Diana Center

Ignacio G. Galán, is a New York-based architect, historian, and educator. His work is concerned with the way in which architecture mediates power and participates in the articulation of societies.

His scholarship addresses the relationship between architecture, politics, and media, with a focus on nationalism, colonialism, migration, and access. His work expands the reach of architectural history through diverse media and research platforms and is informed by different kinds of conversations and collaborations.

Galán has recently completed a book-length manuscript, From the Chair to the Nation, currently under review. The volume explores the relationship between the modernist practices of furniture and interior design developed by Italian architects in the interwar period, the definition of an identity for the young Italian nation, and the politics of fascism. This project has resulted in a number of publications, most recently in the Journal of the Society of Architectural Historians and forthcoming in modernism/modernity, as well as exhibitions, including the installation "Cinecittá Occupata" for the 2014 Venice Biennale by invitation of the general curator Rem Koolhaas.

Galán is currently working on two research projects. The first, Diasporic Architectures, expands the concerns of the first project with an exploration of architecture's role in the representation, belonging, and assimilation of Italian migrants in New York City, from Ellis Island to the suburbs. Galán previously developed his interest in nationalism and migration by working together with the After Belonging Agency as the Chief Curators of the 2016 Oslo Architecture Triennale (Graham Foundation Grant 2015) and as editors of the volume After Belonging: The Objects, Spaces, and Territories of the Ways We Stay in Transit (Lars Muller 2016).

The second research project, Entangled Domesticities: Assisted Architectures concerns the transformations of the built environment and spatial technologies that accompanied the unfolding of knowledge-sharing platforms, mutual aid networks, and community support in the 1970s in the Bay Area. The project additionally explores new design sensitivities and pedagogical methods that accompanied these transformations, from ethnography to community design. Sections of this research, particularly exploring the Center for Independent Living and a number of pedagogies including the expertise of disabled individuals at U.C. Berkeley have been published in the Journal of Design History and included in the exhibition Sick Architecture curated by Beatriz Colomina, Silvia Franceschini, and Nickolaus Hirsch.

The designs of his office [igg-office for architecture] focus on housing and public space and bring to the fore questions of belonging, diversity, and disability. His work is included the permanent collection of the Pompidou Center and has been awarded in several competitions, including the First Prize for the New Velodrome in Medellín, and the Second Prize for the Beti Jai Stadium in Madrid. Three projects currently under construction address different destabilizations of housing to address diverse networks of support and coalitions in New York, Madrid, and Avila (Spain). His design work unfolds through different collaborations, most consistently with OF Architects in Madrid and The Open Workshop in San Francisco.

Galán's design speculations additionally take advantage of different exhibition platforms: His concern with domesticity has particularly focused on the architectural politics of restrooms, in two projects included in the international exhibition at the Venice Architecture Biennale 2021, by invitation of the general curator Hashim Sarkis: “Your Restroom is a Battleground” (with Matilde Cassani, Iván L. Munuera, and Joel Sanders) and “The Restroom Pavilion” (with Cassani and Munuera). His concern with questions of access and assistance in the Bay Area supported the design project developed with an interdisciplinary team for the exhibition "Aging Against the Machine" for the national juried show Reset curated by Barry Bergdoll and Juliana Barton at the Center for Architecture in New York.

Galán teaches both undergraduate and graduate studios, seminars, and lecture courses on a diverse range of topics including housing, migration, globalization, and curatorial practices. He has developed collaborative studios with the UNAM in Mexico City and has received an Andrew Mellon Foundation grant for courses focusing on spatial inequality sponsored by the Center for Spatial Research, Columbia University, as well as the Inclusive Pedagogy Fund, Barnard College. His courses rehearse different media and formats including architectural drawing, research papers, mapping, graphic novels, videos, and websites among others. He frequently collaborates with the Empirical Reasoning Center and the IMATS at Barnard.

The theoretical underpinnings supporting a number of his studios concerned with questions of disabilities and assistance as well as the studio work developed in them are forthcoming in the Journal of Architecture Education. Galán is also a historian of architecture education and is a member of the research project Radical Pedagogies. He has co-curated its exhibition at the 2013 Lisbon Architecture Triennale and at the 2014 Venice Biennale, where it was awarded a Special Mention of the jury. He is one of the editors of the eponymous volume (Graham Foundation Grant 2019, MIT Press 2022).

Prior to joining the Department of Architecture at Barnard+Columbia Colleges in 2016, Galán taught studios and seminars at Columbia GSAPP and PennDesign.

Galán studied Architecture at ETSAMadrid and TUDelft, he graduated with Distinction from the MArchII program at Harvard GSD, and has a PhD in Architecture History and Theory from Princeton. He has been a pre-doctoral Fellow at the Spanish Academy in Rome and a Fulbright Scholar.

"Crip Camp is not only a film about the disability rights movement but one in which the experience, voice, and perspective of disabled individuals leads the narrative throughout."